Mo Yusuff realised when he worked part-time in a menswear shop that clothing was his passion. He left college and worked full-time as a sales assistant, working his way up to shop manager for a menswear retail company.

His ambition to become a fashion buyer was realised when he joined Debenhams as a trainee. He rose through the ranks and became the youngest senior buyer in the menswear buying team.

Following his successful eight-year career at Debenhams, Mo started his own business in 1987. With three friends, he bought a T-shirt printing machine and began designing and printing fashion T-shirts for companies such as Top Man, Freemans Mail Order, C&A and Reiss. Then, in 1987, Mo’s company was approached by ITV to supply promotional clothing for their bi-annual telethon. He naively guaranteed delivery of all orders within seven days, not realising at the time that the demand would be for tens of thousands of T-shirts every week for six months. He kept his promise, which led to supplying other large companies with promotional clothing. Soon after that he was asked to supply items such as pens, mugs and key chains. It seemed the most obvious direction to take the business in, and Mo’s team began to build their new range of promotional products.

His extensive training at Debenhams taught Mo everything there is to know about high-quality products and this has followed him throughout his career.

Mo is Managing Director of Club Row Creations, one of the leading promotional product companies in the UK. He lives in London with his partner Nikki and he loves travelling to The Philippines, where he has a second home. 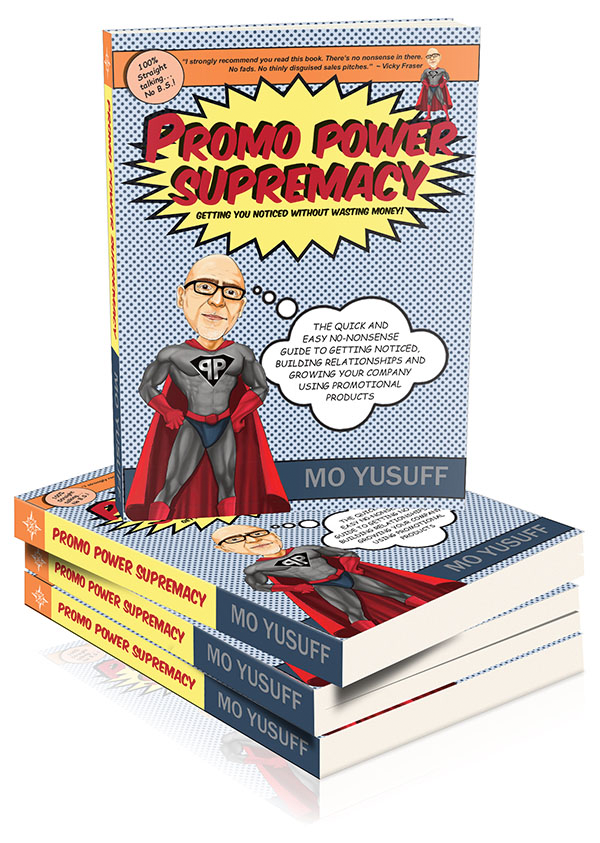